Crete has one of the oldest and most palatable culinary traditions in the world, a tradition of flavors, fragrances , ingredients and styles,which starts from prehistoric times and reaches up to today.

For Cretans, the secret of longevity is very simple.

Cretans are fed with products produced by their land, which means that they eat plenty of home-grown vegetables,  herbs, pulses and fruit and they flavor their food with herbs and plants from the mountains of the island such as oregano and basil while almost always accompany the food with wine from local vineyards.Grapes, raisins, oranges, etc. are a way of life.

Cretans also consumed large amounts of fish containing omega-3 fatty acids.In Crete one thing that produces in abundance is olives.The oil consumption is directly linked to the good health of the inhabitants.

In the Cretan diet the basic fat was traditionally olive oil and even in distinctively large quantities.The locals use it for cooking, salads and even on bread for breakfast.

Oil is the basis of the Cretan and Greek diet,and is used in most dishes replacing butter or other types of oil used in other regions of the world.The nutritional value of oil is enormous as it is perhaps the most powerful antioxidant in nature, protecting the body from oxidation and the development of free radicals that cause serious diseases.

The oil that come from the pressed olive has proven to be a precious gift of nature.The ancient land of Crete is home to 30 million olive trees and the Cretans make full use of the abundant fruit.

Greeks were the first to cultivate the olive tree in about 2500 BC and during the Minoan Era in Crete olive oil served as the foundation of the Cretan economy.As has been shown by archaeological discoveries at Knossos from the Minoan Era, were treated olives and produce oil stored in earthenware jars and amphoras and are often exported to the islands of the Aegean and central Greece.

Today the Cretans still eat far more olive oil than any other people in the world.And as a famous study proved, are the healthiest and longest living people.

The olive tree and its blessed fruit from the past and until today are still symbols of knowledge, peace, health and strength.

Olive oil contains mostly monounsaturated fatty acids(beneficial for the health and resistant to oxidation) and has excellent balance of omega-3 and omega 6 fatty acids.

The importance of balance and proportion is very high, because a diet higher in omega-6 than omega-3 fatty acid consumption can change the human physiology.Omega-6 fatty acids, (when consumption is very high) can lead to inflammation, thrombosis and vessel narrowing.It is worth noting that olive oil contains much less omega-6 fatty acids in comparison with other vegetable oils such as corn oil and soybean oil.

Since prehistoric years, Cretans were familiar with honey making and included it in their diet.For many centuries, honey was the alone known sweetening substance.Olympic Gods were nourished with nectar and ambrosia.Aristaios, son of Apollo and Kyrini, was the founder of beekeeping and had become immortal, because Gaia and Ores, who looked after him, nourished him with ambrosia.

Crete is a place rich in plants like thyme ,sage ,oregano ,pine trees ,acacias ,eucalyptus and of course the cultivated citrus fruits.Thyme honey seen as a particular category, because of its special aroma and flavor.

For hundreds of years, Cretan people have been eating the wild greens abundant from their even wilder mountains.

Many of the greens are often simply called horta.Many wild greens including stamnagathi that Gretans boil and eat with salt, olive oil and lemon juice.Cretans used to boil the leaves of stamnagathi as a remedy for stomach ache.Known for increasing the defence of the peptic system from various diseases ,such as liver ,gallbladder and kidney deficiencies.

Eaten raw, it is ideal for the detoxification of the liver.It reduces blood glucose as well as being a strong natural diuretic.

Since ancient times, stamnagathi has been used as a medicine, being recognized for its antiseptic and anti-rheumatic properties.

Crete boasts a wine tradition that is 4000 years old!Archaeological finds of the oldest vineyard in Europe, unearthed in the area of Kato Zakro, attest to the above.The oldest wine-press was discovered nearby Archanes, aged over 3500 years.

The island’s long periods of glorious history have always included wine as a product inextricably linked to daily life,  and participation to viniculture events and wine festivals is part of a centuries-old tradition that has lived on to our times.

The art of smoking meat

This hands-on cooking class will teach you the secrets of smoking meat and you will learn valuable tips and tricks about Cretan Cuisine.

Make the most of your favourite dishes with the perfect wine companions or use wine as a key ingredient in a recipe.

Based on authentic recipes and using fresh local ingredients along with Terra Creta quality products,we will take you on a unique journey of flavors and tradition.

Here’s your chance to learn how to cook authentic Cretan food with the luxury of being at a private beach with a private chef.

Immerse yourself in Cretan culture,learning to cook authentic dishes with intense flavours,colours and aromas.

Expose your senses to an explosion of flavor as you are taken on a culinary journey and be prepared to cook authentic Cretan dishes.

Team building with food is a natural and fun opportunity for your corporate team leaders and employees to enhance their job achievement skills. 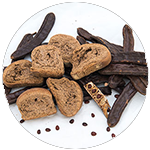 Cretan Cooking Classes are a unique opportunity to discover the essence and secrets of Cretan traditional homemade specialties,an exclusive occasion to learn about Crete’s local gastronomy,its ingredients and origins.